Vidya Balan is geared up for her next film ‘Tumhari Sulu’. She always tries to portray herself in a unique and interesting way. She will be seen in never seen before avatar in the film.

In the film Tumhari Sulu, Vidya Balan is playing a role of a housewife who later turns into a late night Radio Jockey. Vidya Balan will be seen as an innocent as well as will be showing her naughtiest side as a Radio Jockey in the film.

Today, Tumhari Sulu’s trailer has been released. Vidya Balan as Sulochana aka Sulu can be easily seen doing her job of the Radio Jockey. It starts with the day when she becomes one of the pressure cooker contest winners and then she gets the golden opportunity of becoming the Radio Jockey.

Vidya Balan can be seen at her radio station and her facial gestures are telling the truth about her naughtiest side which will be seen in Tumhari Sulu.

Vidya Balan as Sulochana aka Sulu is coming to show every housewife and will give a light into their lives to remind them that ‘Sometimes you don’t need wings to fly.’

The film also features Neha Dhupia who will be seen playing a role of radio station producer in Tumhari Sulu. In the trailer, we can see that Neha Dhupia is giving an idea to transform an image of Sulu (Vidya Balan) as ‘saree-vali bhabhi to a late night RJ’. Vidya Balan can be seen struggling with her personal life and work in the trailer.

In Tumhari Sulu, Manav Kaul will be seen as Sulochana aka Sulu’s (Vidya) husband along with the most famous Mumbai RJ Malishka who plays RJ in the film.

This much is not enough, the trailer also consists a recreated version of Sridevi Mr. India’s super hit song Hawa Hawai. The original song was released in the year 1987 and has been loved by the audience very much. Sridevi’s dance moves of Hawa Hawai has been remembered by everyone till date.

Tumhari Sulu is directed by Suresh Triveni and is scheduled to release on November 17. 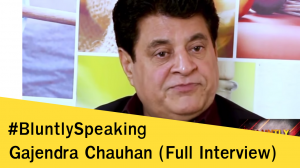 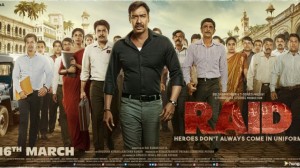