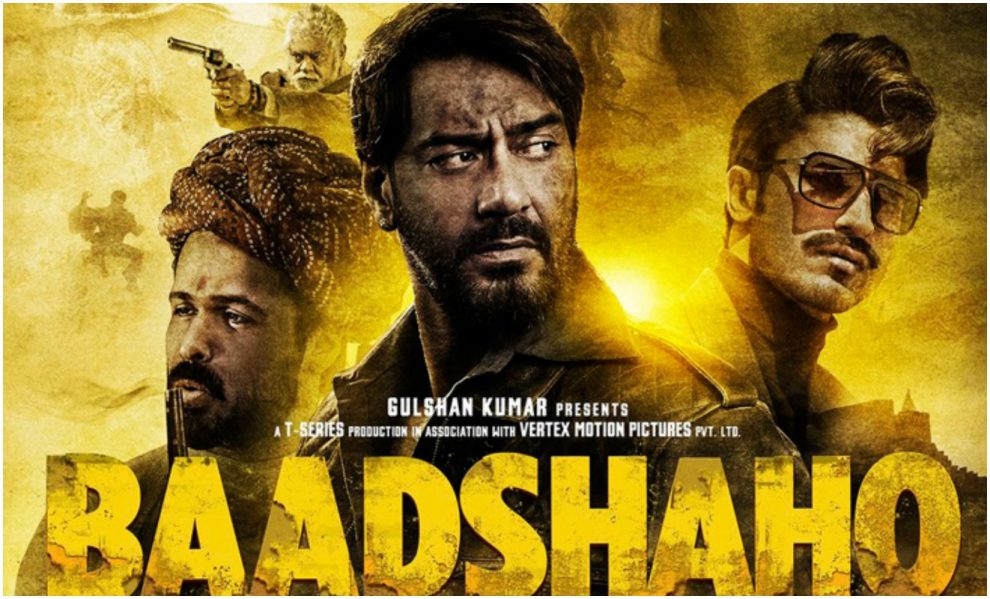 ‘Baadshaho’ is set on the emergency of 1975, during the rule of the Prime Minister Indira Gandhi. The story of six people who set their sights on a truck loaded with gold and how they come together, and challenge the elite armed forces responsible for the transportation of gold over a distance of 600 km, forms an important part of the story.

Ileana D’Cruz will be seen as Rani Gitanjali in the film. The story revolves across the two states Jaipur and Delhi including various obstacles and hidden facts.

This action and bullet packed trailer of the action-thriller film seem high on drama. The punchlines and action sequences hinting towards a paisa-vasool entertainment flick.

Ajay Devgn, Emraan, Vidyut, and Sanjay will be seen playing as a rebel in the film. While away, Emraan and Sanjay seem to belong to the poor family background. On the other hand, Vidyut and Ileana look like they belong to well-to-do families.

All the songs from film Baadshaho have the potential to be chartbusters. The song ‘Mere Rashke Qamar’ is a gem of a romantic track with soulful vocals and a brilliant composition. It is a recreated version of Nusrat Fateh Ali Khan’s original voice. Tanishk Bagchi makes sure to retain the beauty and charm of the original song and sung by Rahat Fateh Ali Khan in the movie.

Talking about the other song, ‘Piya More’ holds the distinction of bringing Emraan and Sunny Leone on screen for the first time. Piya More is an item song and is crafted differently. It is composed by Ankit Tiwari, he makes it a sensational song by mixing the traditional sounds with modern music.

The chemistry between Ajay Devgn and Ileana D’Cruz will be seen on screen and the glimpse can be seen from the song ‘Mere Rashke Qamar.’

Baadshaho is slated to be release on this Friday i.e., September 1. It will be interesting to see a multi-starrer movie having such a powerful cast in its unique avatars for the first time.

Movie Review of SUI DHAAGA – A Great Motivator for Entrepreneurs